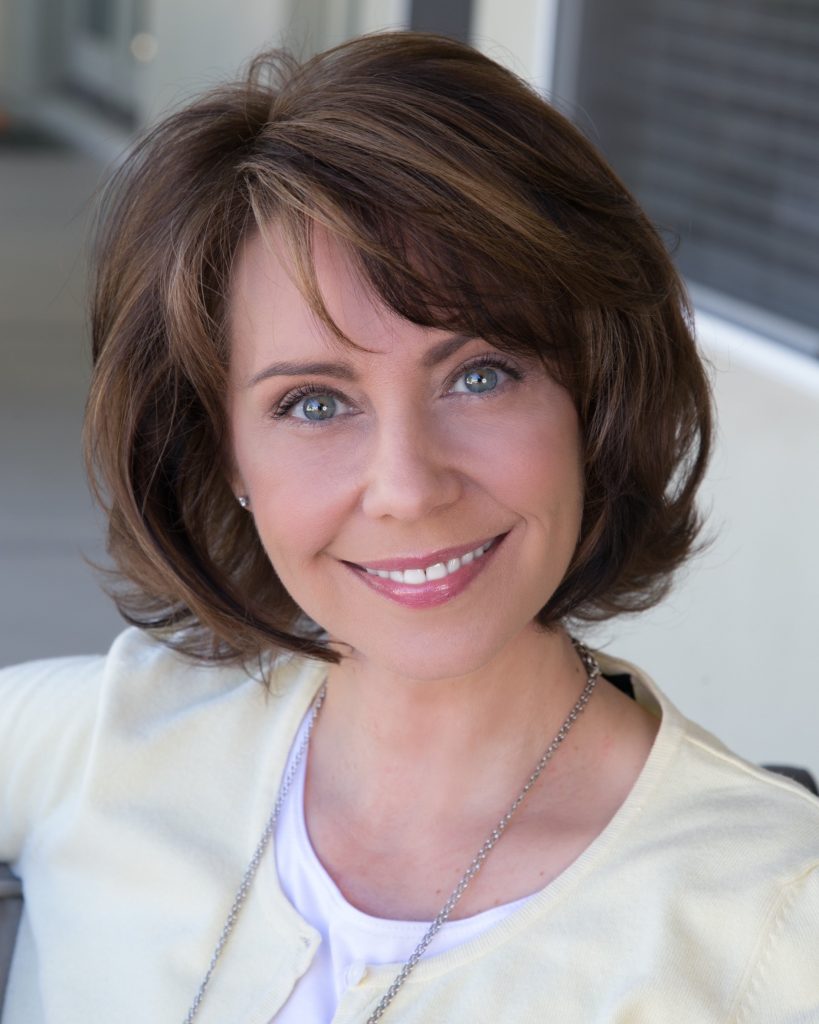 “My mission for musical theater camps and workshops is to introduce and involve young people in live musical theater. The focus is on performance and creative expression: singing, dancing, and acting. Students have the opportunity to explore skills unique to theater, gain confidence in themselves, learn to work as a team, and develop an enduring appreciation and love of musical theatre and performing. I believe in educating the whole student by educating young minds not only creatively but, teaching and instilling hard work, dedication, responsibility, teamwork, accountability, poise, commitment, and collaboration. Students are involved in an effort that gives them life experiences that will extend into their adult lives and encourage them to become active, productive members of their communities.”

Fountain Hills Theater is excited to announce that screen and stage actress and performing arts educator, Debby Rosenthal, has joined the FHT team as our Education Director.

Debby’s focus is on performance skills and creative expression: singing, dancing, and acting. “I believe in educating the whole student”, says Debby,” by educating young minds not only creatively, but by teaching and instilling hard work, dedication, responsibility, teamwork, accountability, poise, commitment, and collaboration.  Students are involved in an effort that gives them life experiences that will extend into their adult lives and encourage them to become active, productive members of their communities.”

Debby has been teaching for over 20 years in the Valley of the Sun. For the past 6 years, she taught summer camp workshops at The Phoenix Theatre Company. In addition, to having a vibrant home studio for private lessons for students 6-years-old and up, Debby has taught at ASU, Scottsdale CC, Mesa CC, Chandler-Gilbert CC, National Association of Teachers of Singing, Distinguished Young Woman’s Scholarship Program, and the Miss Arizona Scholarship Program. She has helped countless performers sign with agents and empowers their careers.

Debby is an ASU graduate, holding a Bachelor in Music with an emphasis in Musical Theatre Performance, and has been a member of Actors Equity Association since 1988. She is a member of the National Touring Company of Menopause the Musical and has performed in 18 leading roles at The Phoenix Theatre Company. Her most recent roles include Donna in Mamma Mia, Emily in Elf, Reno Sweeney in Anything Goes, Betty in White Christmas, and Judy Denmark in Ruthless. With the Phoenix Symphony, Debby was the featured soloist in a Holiday Pops Concert Series and An Evening with Rogers & Hammerstein. She also was the opening act for Bob Newhart at Wild Horse Pass Casino.

In addition to regional theatre, Debby has an extensive on-camera career. She is represented by FORD/Robert Black Agency in Phoenix and Atlas Talent in New York. She had a supporting role in the feature film Ingenious, (currently on Netflix) and Intersect (currently on Amazon Prime). She has been in over 100 TV commercials including Cliff Castle Casino, Samsung PowerBot, Systeme 41, and Funeral Advantage. She was a regular on ABC 15’s Sonoran Living as their theater critic. Debby has been married 33 years and they are very proud of their two children. To see Debby’s full bio, resume, demos, and videos of previous work, visit her website.

Find out more about our exciting camps & workshops by clicking here.