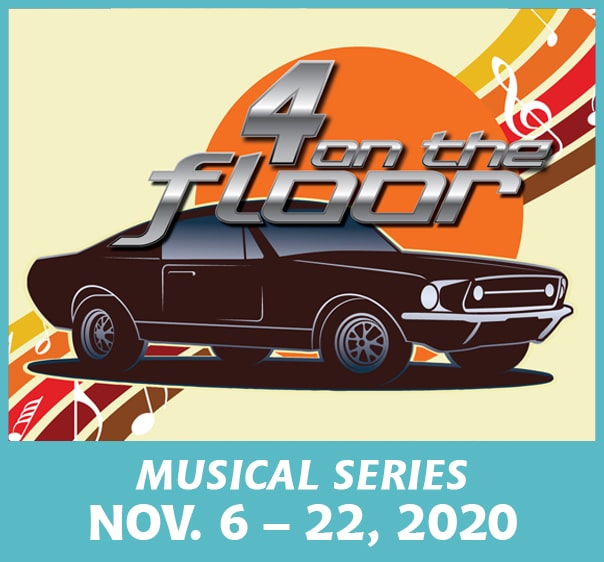 This production will be presented on our Outdoor Stage provided by Kern Entertainment, with “Lawn” seating, as well as a limited number of spaces for patrons who wish to enjoy the show from the comfort of their vehicles.

Four auto mechanics in 1969 want to become a rock and roll band, but all they know is cars, chrome and chicks!  They say sing what you know! While the boys spend their days repairing and singing about cars and dreaming about their calendar girls, this high energy tribute musical features some of the best rock and roll car songs of all time including 409, Hey, Little Cobra, Hot Rod Lincoln, Little Old Lady from Pasadena and many, many more.

An original musical! Author and Director Peter J. Hill was listening to an NPR report about popular American music. As expected the number one subject of American music is love. Number two was cars!!!  This is unique in the world.  Surely Hill thought, there must be a musical revue that featured the American Hot Rod songbook, but to his surprise, there was not.  Setting the story in 1969, he created a tribute show that hits on all cylinders of the big hot rod songs of the 50’s and 60’s, but also includes little known car songs like Under the Wrench, Grandpa’s Advice, One Piece at a Time and The Duct Tape Madrigal.