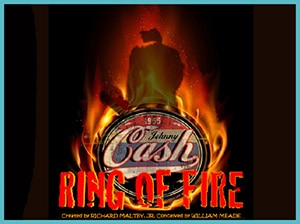 In the Mainstage Too! Theater?

It?s The Man in Black! From the iconic songbook of Johnny Cash comes this musical about love and faith, struggle and success, rowdiness and redemption, and home and family. More than two dozen classic hits, including I Walk the Line, A Boy Named Sue, Folsom Prison Blues, and the title tune, paint a musical portrait that promises to be a footstompin?, crowd-pleasin? salute to a uniquely American legend.

It?s only fitting that The Fountain Hills Theater offers tribute to Johnny Cash in 2018 ? the 50th anniversary of his legendary recording in Folsom Prison ? Cash?s concert for the inmates of Folsom Prison is well-established history. Recorded on Jan. 13, 1968, it was an extraordinary musical event that changed the course of American music. Backed by The Tennessee Three ? Luther Perkins, Marshall Grant and W.S. Holland ? and joined by June Carter, Carl Perkins and the Statler Brothers. Johnny Cash performed twice at the prison that day. The record ?At Folsom Prison? with songs from that concert is a cornerstone of the Johnny Cash legacy.

?RING OF FIRE? is presented through special arrangement with Theatrical Rights Worldwide.