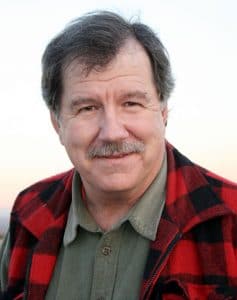 Ross Collins says his most memorable performances include the title roles in his sister’s backyard productions of I’m a Little Teapot and Frére Jacques and his portrayal of a tree in a high school pep rally. Next to these, his ariZoni Awards, his FHT Prizm Award for Supporting Actor and his Stagebrush Theater’s Friendship Award, simply pale in comparison! Fountain Hills theatergoers may remember him as the character, John Smith, from the two Ray Cooney farces: Run for Your Wife and Caught in the Net or for his roles in Gypsy, Bully, Deathtrap, Dracula, Anything Goes, Flea in Her Ear, and Tintypes (just to name a few). Ross wants to thank the wonderful family he has at FHT for trusting him since 2002 with the position of Artistic/Technical Director of the FH Youth Theater! While Ross is a confirmed “Act-a-holic,” he always sends his undying love to his favorite “enablers”; long-suffering wife, Jane, and his son, Lorin, and daughter, Annie.